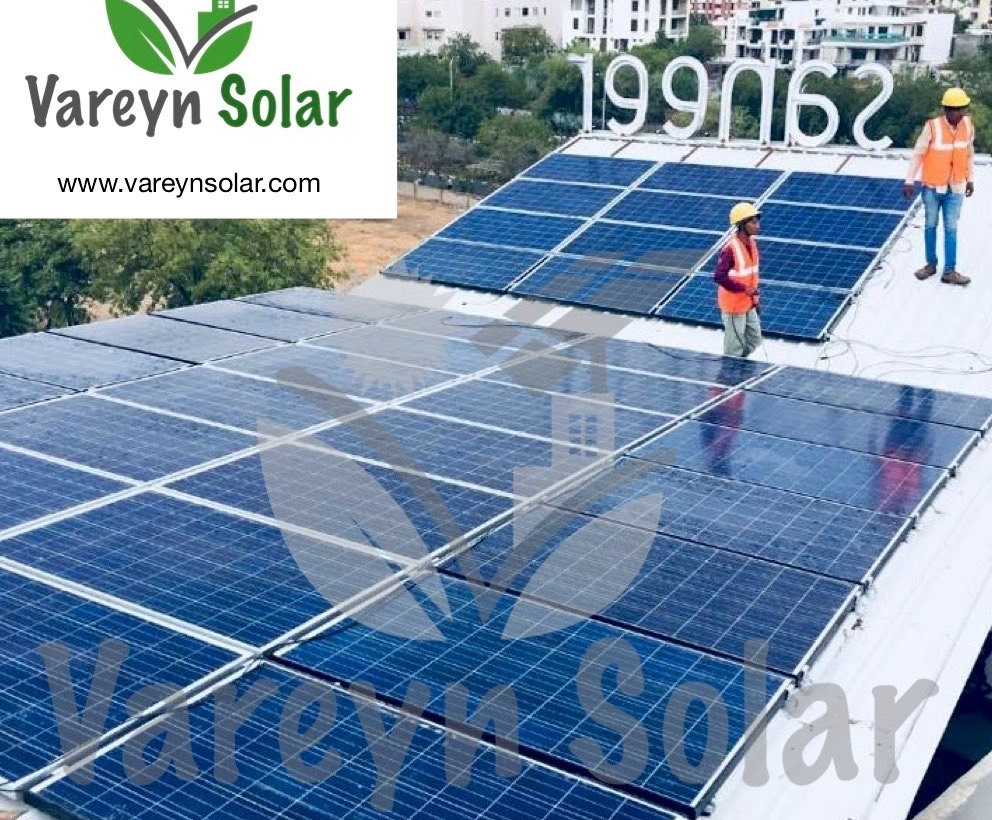 Solar energy is one of the purest and pious forms of energy we receive on earth, without any environmental contamination. Thanks to the incessant solar radiations we receive which is in charge of all the life processes taking place on earth. If we tap into this energy systematically, this can be the largest source of energy, and even a tenth of power from solar rays on earth can solve the entire energy crisis. With the changing time of the world entering into economic crisis, insolation is the knight in shining armor. Maximal utilization of these radiations can prove to be a boon for existing commercial places like hospital buildings, commercial complexes, office buildings, malls, etc.

Where everyone is seeking means to save for future, it’s time to make money from sun, our very own power plant in the sky. Solar panels have a plethora of advantages. The tariff rates for rooftop solar in comparison to industrial and commercial tariffs are far cheaper. Rooftop solar installations are also attaining grid parity in many residential sectors of India. These rooftop panels are highly effective in providing large amounts of solar energy to the whole building in form of electrical energy which greatly reduces the grid electricity supply purchase and saves a lot on energy costs. Since the only raw material these commercial places have is electricity, cheaper rates prove to be a blessing which economizes on monthly expenditure. Investing in this equipment also protects the user from unforceable electricity price fluctuations and unpredictable bills. These panels provide massive returns and are considered as an investment and not expenditure because they utilize large futile areas of one’s unused building roof. This further improves the cash flow and money in hand. With a solar energy system that dramatically reduces electricity costs, one can budget more effectively since he will not be adversely affected by rising energy costs as the cost of a solar plant is Re. 1 per unit with a 25 year plant life. This installation also adds on to the property value and even if the occupier leaves the building early, it only fetches him large profit.

Another major advantage is the method of net metering associated with this. Net metering is a cost effective and profitable process in which the electricity board keeps a track of the energy consumed and energy generated by the solar plant. To avoid any wastage, all the surplus energy can directly be transmitted to the state’s power grid. The customer also receives credit on his electricity bill. These panels use the state owned power grid as a giant battery and do not require expensive battery backups. Solar panels which act as a net metering component require low to no maintenance since they do not require any batteries or generators.

Also, publicity is a benefit you measure qualitatively, however, it is still a significant part of growing your business. Both the clients and investors including the government authorities prefer eco friendly and marginalized developers. This greener message of business development will not only enhance one’s image in the market but also boost up his public relations. In fact, local installation of a solar power plant from a local body within one’s office premise will not only help mother Earth but also promote our country’s Make in India campaign making local industries and plants self reliant.

For anybody who wants to turn his business’ commercial property into an income-generating asset, solar panel installation is the key.