Can solar be installed for free?

You’ve probably heard at least once about “free solar panels,” implying that they’ll put a solar energy system on your roof without charging you a dime. But keep in mind that, just like with anything else, there is no such thing as a free lunch, just as there are no free solar panels.

What do the companies mean by free solar panels?

Understanding the sales pitch: When promoting solar leases or solar power purchase agreements, the terms “free solar panels” or “no cost solar program” may be used (PPAs). In both cases, a business will install solar panels on your roof without charging you a deposit but then bill you for the electricity they generate. Most deals will reduce your energy costs, but not all of them will so be sure you have carefully examined your possibilities. Also, think about purchasing solar panels or getting a zero-down solar loan to pay for them.

In other words, what do a company’s marketing and salespeople mean when they refer to “free solar panels” or “no cost solar program”? They mostly mean power purchase agreements (PPAs) and solar leases. A solar business will install a solar system on your roof as part of these solar financing agreements with no upfront fees for enrollment, installation, or maintenance. It sounds fantastic to be able to boast about using sustainable energy in your home and to be able to show off the solar panels you have installed on your roof as evidence.

The solar energy the panels generate, however, is not a part of a “free cost” solar scheme, so in actuality, you don’t technically own the system. Ownership is held by the solar company under solar leasing agreements, and you are only responsible for the electricity it generates. To put it simply, the corporation has installed a small power plant on your roof and is now selling you electricity.

How to go solar with less upfront cost with solar leases

Solar leases can be an excellent choice for you if you’re seeking solar panels that are free or at least less expensive upfront. Going solar may be for a variety of reasons. If you’re like most people, cutting costs, getting rid of bills for utilities, and/or lessening your carbon impact is definitely at the top of your list. Concentrating on the financial advantages of getting solar is important because the environmental advantages are essentially the same regardless of who installs your system.

Despite its reputation as a “do-good” industry, the companies selling items in the solar sector are just like any other business: they want to make a profit. Selling you electricity, typically lower than what you pay your utility, is how solar leasing providers make their money.

Try financing your system with a solar loan

Solar leases were groundbreaking in that they allowed almost anyone with a roof to go solar, regardless of whether they had the money in the bank to pay for a system. In the past, when the cost of solar systems was excessively high, solar leases were essential in lowering entry barriers.

But since solar leases were first introduced, a lot has happened. Since there are now realistic financing options besides solar leases, solar systems are more inexpensive than ever. The most significant of them is the solar loan, which combines the advantages of system ownership with the zero-down component of solar leasing to offer “the best of both worlds.”

To avoid making a mistake, think carefully before signing up for the first “free solar panel” or “no cost solar program” offer that you come across. Make sure you know what you’re getting into and that you’ve explored all of your other possibilities. In other words, choose solar products wisely.

Cash purchases vs. loans and leases

It’s critical to evaluate the return on investment in each situation now that you are aware of the differences between solar leases, power purchase agreements, and loans. Depending on the method of payment you select (cash purchase, personal loan, solar leases, or PPAs), below is a breakdown of the potential returns from highest to lowest:

The highest value over 25 years is typically obtained by purchasing your rooftop solar panel installation entirely. You can benefit from all of the financial advantages and savings connected with going solar, even though your upfront investment could be high (incentives, tax credits, and more).

The next best choice in terms of a return on investment is to submit an application for a solar loan. The upfront cost is zero dollars, but until the loan is repaid, interest charges will roughly offset the energy savings for the first seven years. The length of time it will take to pay for itself will ultimately rely on your solar photovoltaic system’s initial cost, size, energy efficiency, and interest rates. You keep all of your energy savings after that time has passed.

For some homes, deciding to go with a solar lease or solar PPA might be something to think about. Although the lack of an upfront cost is the main selling point, in this case, you should be aware that the value is diminished by the solar firm, which takes a portion of your savings through monthly payments. The lease or PPA will have used up more than half of your potential savings by the conclusion of your warranty period as profits for the solar installation.

The central government has launched programs to promote the continuous growth of solar energy throughout all of the states in the union. It has introduced national and state-level subsidies that help cut the net cost of your solar PV panels by between 30% and 50%. By 2022, India’s energy needs would be met by the production of 100 gigawatts (GW) of solar energy, according to plans and initiatives developed and implemented by the Ministry of New and Renewable Energy (MNRE). The ministry has created several Central Financial Assistance (CFA) programs and other incentives for people or businesses setting up solar projects to meet this lofty goal.

So if anyone of you has any questions regarding free solar installation then this article will answer those questions.

And those who have decided to switch to solar for installation and other EPC works then they can blindly choose Vareyn solar it is the best solar EPC company in India that provide service for household as well as commercial solar plants. For more details check their website. 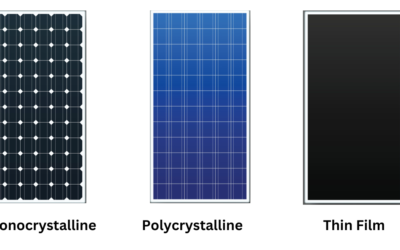 Which of the 3 types of solar panels is the most efficient?

This is an essential question from the prospective solar homeowner and may have crossed the mind of many....

END_OF_DOCUMENT_TOKEN_TO_BE_REPLACED 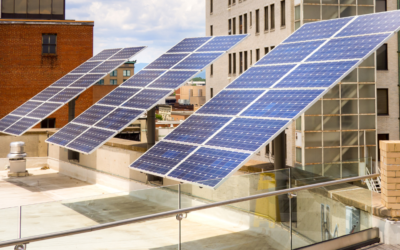 This is an essential question from the prospective solar homeowner and may have crossed the mind of many....

END_OF_DOCUMENT_TOKEN_TO_BE_REPLACED 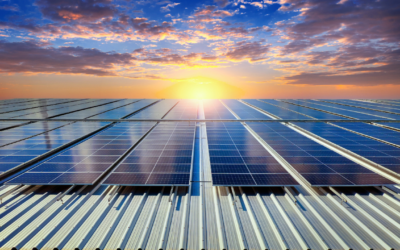 How much money does a 1acre commercial solar plant make in India?

In almost every region of the country, India is blessed with abundant solar radiation. The cost of producing...